Skip to content
President Barack Obama
White House
1600 Pennsylvania Avenue
Washington DC
Olney, Maryland – 11/17/2015
Subject: Security and Terrorism – Suggestion of studies with the goal of creating a Global Compensation Fund to be administered by the UN, allocated to reward those who provide information that will preventatively fight conspiracies, and stop the execution of terrorist actions.
Mr. President,
Motivated by knowing that the leaders committed to their people are not indifferent to the contributions made by said people, this U.S. citizen of Brazilian origin, considering himself as a homogenous part of the majority committed to liberty and clamoring for answers to the escalation of violence propagated by religious or political organizations and groups that disseminate hatred and terror, submits this proposal to Your Excellency.
I believe that, if implemented, it could be an effective preventive element in fighting terrorism, a positive addition to other actions already in discussion or execution in the military and security realms, whether by countries or multilateral agencies.
The escalation of violence demonstrated in the attacks on September 11, 2001 by Al-Qaeda, the recent ones perpetrated in Paris by the self-named “Islamic State”, the bringing down of the Russian commercial jet in Egypt; the commercial jet shot down in Ukraine; the explosions that occur daily in Syria, Israel, Gaza, Iraq, Turkey, Afghanistan and the different countries and regions of the world, echo strongly and impose a unified global action from the Nation States that will be further weakened in the absence of unrestricted cooperation to guarantee liberty and the empire of justice in fighting the terrorism that already compromises a considerable part of international peace and security.
The institution of rewards of money, education, security, information confidentiality, the guarantee of immigration legality to whistleblowers would particularly motivate Muslim youth and citizens that identify with western culture and its values to denounce terrorist conspiracies and actions perpetrated in the name of Islam that are contrary to Mohammed’s doctrine and that cause immense harm to thousands of Muslim citizens that condemn the practice of violence and oppression.
Muslim communities in all countries around the world are potential allies that need to have their importance recognized, which would undoubtedly effectively facilitate the attainment of peace and security that challenges the intelligence of contemporary leaders in order to weaken extremism.
The practice of compensating delatione [Latin origin] has been used by the American justice system from the old west until today, offering a reward, praising, honoring, compensating those who offer information that allows for the imprisonment of criminals, and could be successfully applied as a powerful instrument in the fight against terrorism and the individual, philosophically against the practice of cowardly crimes, would feel honored for their praiseworthy contribution to humanity, saving lives instead of becoming silent or an accomplice due to their silence to acts that could have been avoided in a process of trust and interaction with security agencies, since they were guaranteed compensation and felt motivated to denounce without running the risk of angering the terrorists and being vulnerable to reprisals to their physical integrity and that of their family members.
At present we should give priority to the collection of information meant to reward avoiding attacks, parallel to the efforts to detain the criminals or those destroyed with bombs after the perpetrated act, making victims of hundreds of innocent citizens.
The establishment of a prize for Muslim youth that contributes to avoiding attacks would be a key driver of sympathy, encouragement and trust in a broad, educational, and adequate manner. This could signal a guarantee of a better future for them and their families, in an effective process of social inclusion as recognition of their merit, changing the destiny that marks them today by way of discrimination, poor schooling, poor housing, Islamophobic aggression, according to a report from the European Union Monitoring Centre on Racism and Xenophobia(EUMC): “The situation of Muslims in the Member States of the European Union feeds the sentiment of revolt. The demographic statistics available to 3.5% of the total EU population.”
The document emphasizes examples of good practices in Member States of the European Union as well as proposals for actions to fight discrimination and racism and promote integration, but at present the prevailing sentiment in Muslim communities is latent shame and regret; they feel betrayed and above all harmed by the terrorist acts. There is no doubt that, in any culture, civilization or religion, denouncing illicit and harmful acts to humanity configures as praise of ethics and morality, principles not understood or that are violated only by the despicable minds of terrorists and criminals.
It would be intelligent to compare the cost/benefit of implementation of the proposal defended here. The Fund’s resources meant to reward those that would be considered heroes and defenders of peace and democratic values would be equal to the cost of a half dozen missiles and are only drops in the billion-dollar budget set for military and intelligence operations.
Just in 2001, in the war on terror, the U.S. spent approximately US$ 1.3 trillion. The power of a missile could never equal the benefits of good information that allows for the avoidance of a catastrophe in the form of a terrorist attack.
It seems reasonable to me to believe that, if presented to the UN, the idea could eventually receive the support necessary for implementation and it would allow in a consensual climate for it to contribute within a humanized perspective for the achievement of the permanent philosophical objectives of Security and Peace.
Respectfully,
Samuel Sales Saraiva
Ex – Member of the National Press Club of Washington DC – NPB and the National Association of Hispanic Journalists – NAHJ 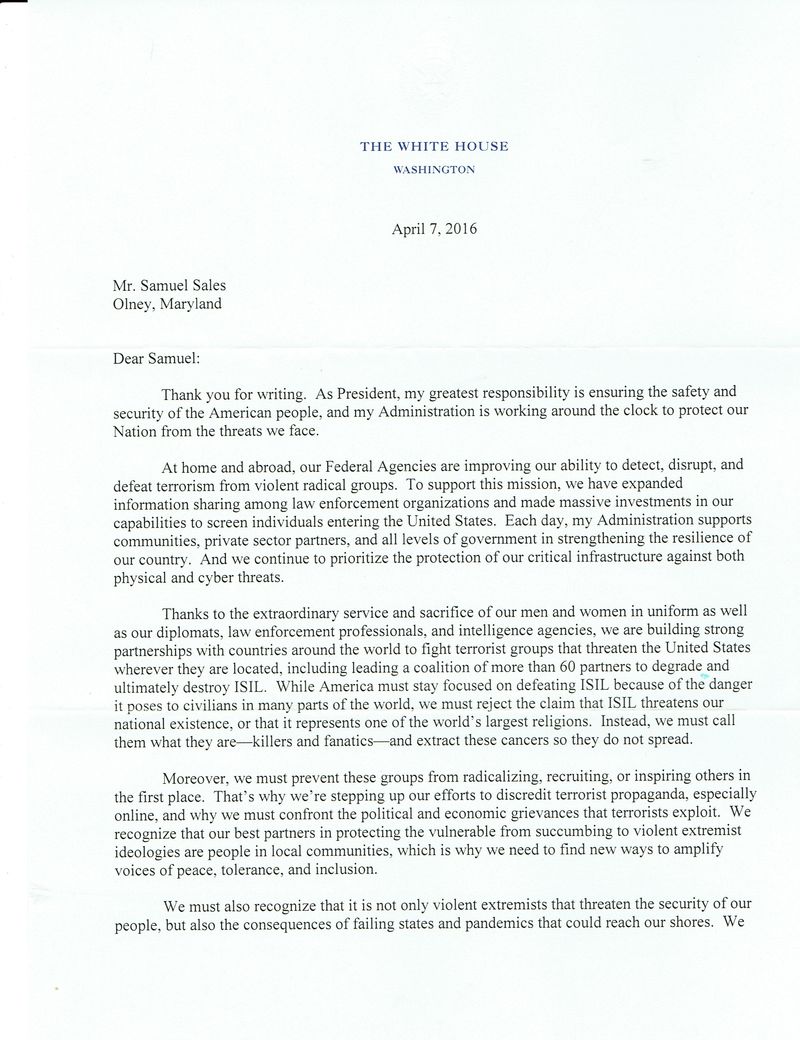 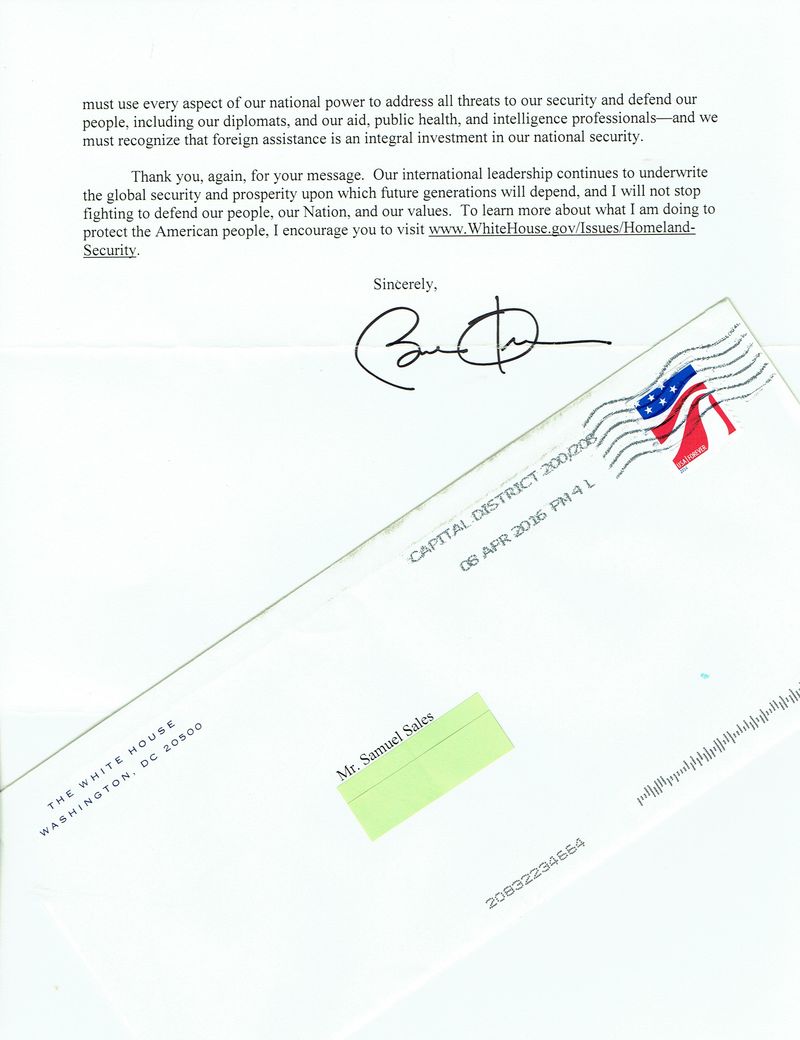