It honors me to address Your Excellency and to congratulate you for showing enthusiasm and seriousness in your search for practical solutions to social challenges.

More than a decade ago, I submitted to President Obama, to the head of FAO/UN, and to the Brazilian President Luiz Inácio Lula da Silva, a proposition that, if implemented, could effectively contribute to alleviate the hunger that shamefully scourges populations in areas affected by natural disasters, wars, or acute economic depression. The use of existing technology to dehydrate natural foods on a large scale would allow the conservation and utilization of thousands of tons of food that are frequently wasted for different reasons; and, at a second stage, it would foster the creation of food banks in regions vulnerable to socio-economic problems and natural disasters, facilitating legitimate and urgent humanitarian food assistance.

Combating world hunger effectively is the only way for us to avoid deserving shameful epithets like hypocritical, heartless, selfish, and reckless. The aspiration to a peaceful coexistence is inconceivable when only a smaller portion of the world population lives the dream of consumerism, while millions of people are tortured by hunger. Those who hold the power that emanates from the people have the moral duty of finding fair and compassionate solutions for such a cruel problem. If dehydrated food nourishes soldiers in wars, it can feed the victims of oppression and hunger.

It is thus unacceptable that, in the 21st century, man explores the universe in search of stars while turning a blind eye to the precious stars that shine within each creature and often get extinguished in the darkness of famine, which violates all the values of humanity.

Trusting that you will give this sincere request the attention it deserves, and therefore very grateful, I put myself at the disposal of your competent staff. I enclose herein the complete message that has been sent simultaneously toYour Excellency, to the head of FAO, and to His Holiness, Pope Francisco.

Summary: Proposition for the construction of food dehydration plants and of food storage banks in vulnerable regions.

In 2008 (14 years ago) I wrote to the head of WFP at that time, José Eduardo Barbosa, proposing the development of a project for the construction of dehydration plants for fruit, grains, and meat, which make up the food reserve stocks of the member states. Faced with the aggravating reality of the growing number of famine victims, I took the initiative to address Your Excellency. The objective of the project would be to process food in order to increase the shelf life of stocks, to avoid waste, and to simplify distribution in emergency situations. The importance of the project is evidenced by frequent reports of thousands of deaths by starvation, while large quantities of food are discarded because of due expiration dates, and degradation caused by poor storage. Examples of the feasibility of the processing and storage methods contemplated in this proposition include the companies Sopakco, based in Mullins, and Oregon Freeze Dry, which use these techniques to feed our military. These companies might be able to subsidize studies or even participate in public-private partnerships, alongside companies from other countries, aiming at the objectives proposed here.

In another message, I have also presented to the WFP the suggestion that effective action be taken to encourage governments and the private sector to build food dehydration plants, taking into account that the investment will be considerably less than the losses currently caused by inadequate storage conditions. Such an initiative will fill a vital gap between current food waste and the demand for food in areas affected by conflicts or natural disasters, reducing the number of deaths by starvation. The creation of safe food stocks, with a prolonged shelf life, to serve citizens in emergencies, should be considered a priority of strategic importance to all nations.

It is also recommended that, urged by the WFP, nation states encourage the establishment of reserves, in the form of dehydrated food banks, for the populations most vulnerable to political instability or natural disasters, among other threats that may create extreme food shortages. This will enable humanitarian aid agencies to provide the necessary assistance in such cases in a timely manner, thanks to the food conservation technology available nowadays. Building food banks is a must. Feeding America, the largest organization fighting hunger in the US, manages more than 200 food banks throughout the country, proving the viability and the importance of this initiative, as reported by BBC News Washington, in a report signed by the Brazilian journalist Mariana Sanches, on January 4th, 2021.

I submit, for your consideration, a proposition to encourage the construction of food dehydration plants to process meats, tubers such as sweet potatoes, yams and cassava, as well as cereals, fruits and vegetables, on a large scale. The dehydrated food shall be stored in food banks to be established in the most vulnerable regions.

Most nations, besides not having a network of food banks, still face problems of waste due to poor storage, subject to weather changes, disasters, rodents, bacteria, and fungi. Small and medium-sized producers are the ones who suffer most from these issues. 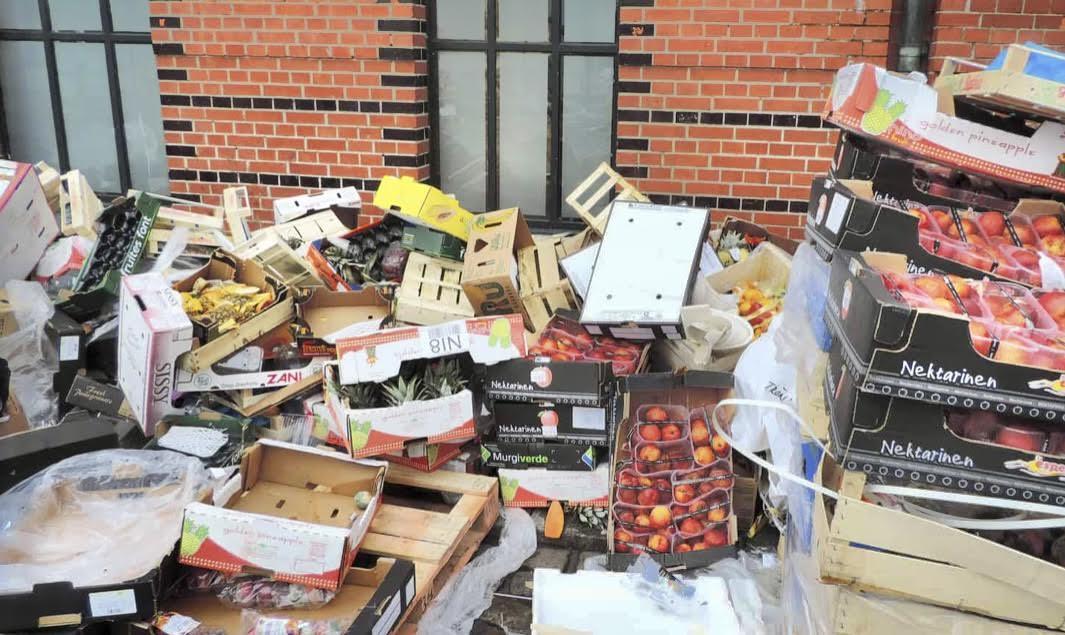 The evidence of food waste due to the accelerated degradation of food, resulting from inadequate infrastructure and the lack of packaging, as well as other procedures that could prevent contamination, is alarming. This is an unacceptable reality, in the face of the millions of people who starve.

UN agencies, (SOFI), calculated “in 2020, up to 811 million people suffered from hunger,” an increase of about 161 million over 2019. The situation of food insecurity in the world is therefore alarming.

According to FAO, food waste also occurs in large-scale industrial transport, in fields, during storage and in markets, causing a loss of US$680 billion in industrialized countries and US$310 billion in developing countries.

The implementation of the project in question could be coordinated by governments, in a public-private partnership, as part of food safety policies, in a global partnership with all organizations committed to containing this waste, everything that could be processed by the dehydration plants would be destined to food banks that they would distribute according to humanitarian needs.

Among other measures aimed at achieving the objectives of the proposition, in parallel, legislation could be studied creating a tax that penalizes food waste, throughout the chain, from production, distribution, storage and marketing, converging resources to the plan global forecast in the proposal on screen.

Dehydrated food would be welcomed as “manna from heaven” by those scourged by hunger. By adding just water, the pre-cooked, nutrient-rich meal would be ready.The multiple positive outcomes that may result from the execution of this proposition make me believe that it deserves a thorough technical study for implementation.

The construction of plants with the technological capacity to transform food stocks from the natural state to dehydrated, or even to the pre-cooked state, would not only extend the shelf life of food stocks (5 to 6 years on average), but also strengthen food security in the world. It would be possible to donate such provisions, prior to their expiration date, to populations in need, under the coordination of FAO and its respective countries, thus avoiding the food waste that mocks and challenges human intelligence.

It should be noted that dehydrating food also decreases the cost of transportation, as it reduces volume and weight, facilitating the transfer of stocks between regions, as well as between countries, allowing easier shipment to areas subject to natural disasters, political conflicts, or extreme poverty resulting from social and economic inequalities. It is worth pointing out that, more than 4,000 years ago, without the technological advantages of today, the Egyptians were somewhat successful in stockpiling food for long periods of scarcity, in an exemplary demonstration of maturity and employment of the correct strategy for strengthening bilateral and multilateral relations in the intelligent expansion of leadership.

During the mandate of President John Fitzgerald Kennedy, in the 1960s, the United States created a program to assist South American populations. It was called the Alliance for Progress and lasted until 1969 —  I was a beneficiary myself, along with thousands of children in Brazil and Latin America.

Recessions and pandemics like Covid-19 and its variants are aggravating factors that amplify food insecurity, plaguing rich and poor countries alike.

Propositions capable of reducing inequalities demand the true greatness of a human being; above all, the good will and the awareness that, ultimately, technological advances are pointless if man cannot exist with dignity, with empathy, in a peaceful world.

In order to understand the relevance of the use of in natura food dehydration technologies, on a large scale and with humanitarian objectives, it would be interesting for the public policy-makers to spend a week with a plagued and hungry family, after witnessing, in loco, the discarding of tons of grains all over the world, especially in developed countries, characterizing an immoral waste of food, resulting from a combination of factors, especially the lack of political initiative, which prevents the structural correction of such insanity.

Finally, wishing you success in your administration, and trusting that you will not be insensitive to the exposed above, I put myself at the disposal of your team.

*American citizen born in Brazil, former member of the National Press Club of Washington DC – NPB, and of the National Association of Hispanic Journalists – NAHJ. Humanist and independent activist acting for the environmental preservation of the planet, also an Alternate Federal Deputy in the 47th Legislature for the State of Rondonia.